The Wonderland was just that, offering everything from minstrel shows to moving pictures to acrobats, even “talking” dogs.

The variety show and museum was known as Detroit’s “palace of amusement,” and got its start on Woodward Avenue in 1886 in Merrill Hall, which later became the Avenue Theatre, on the site of the Coleman A. Young Municipal Center today.

The throngs of patrons led Enoch “Pop” Wiggins to take his show further up the road, to Campus Martius, at the corner of Woodward and Monroe avenues. But disaster struck on Nov. 5, 1898, when the roof of the theater collapsed during construction, crushing 12 workers to death and injuring nearly 20 others. The Wonderland would use the Detroit Opera House next door for its performances, until Dec. 23, 1901, when the Temple Theatre opened as part of the entertainment complex.

Though part of the Elks Temple, it would host shows for the Wonderland, offering four shows a day, and admission got you all the curios of the museum of oddities, as well as the show in the Temple. Will Rogers, Buster Keaton, Fred and Adele Astaire, George Burns, Jack Benny, Harry Houdini and W.C. Fields were among the stars to grace its stage.

The building itself was designed by architect John Scott, with Col. J.M. Wood designing the 1,573-seat Temple Theater. As Vaudeville fell out of favor, the Temple closed about 1930, other than showing a few fly-by-night films, and was razed in early 1935 for a new office building that was never built. The Wonderland building was felled in 1966 with the Detroit Opera House next door. That site remained an empty lot for nearly four decades, until Compuware built its world headquarters on the site. Today known as One Campus Martius, it opened in 2003. 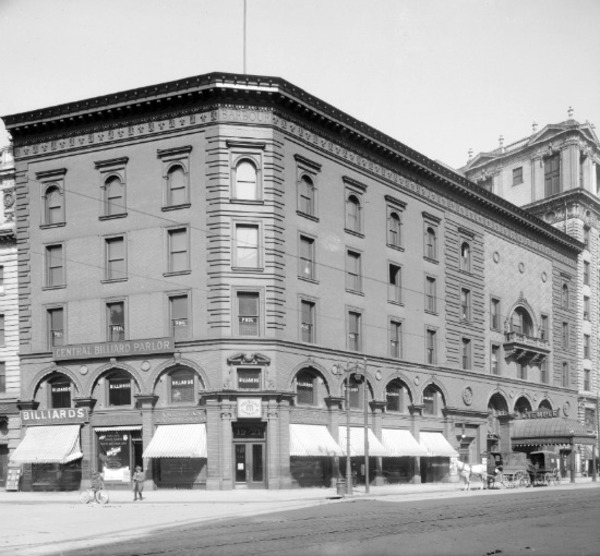