The spot where visitors take in "The Spirit of Detroit" today used to be where Detroiters went to take in burlesque dancers.

The Avenue was one of a number of small theaters, Vaudeville houses and Nickelodeons that dotted downtown Detroit in the early 20th century.

The building itself was one of the older structures in downtown Detroit for decades, opening as Merrill Hall on Nov. 8, 1859. During these early years, it was used mostly for lectures and recitals rather than entertainment. In 1886, Merrill Hall would host an early art exhibition, one of the city's first - if not its first ever. The popularity of this event put Detroit on the path to creating the Detroit Museum of Art, which would later morph into the Detroit Institute of Arts.

On Dec. 25, 1886, it reopened as Wonderland, a variety venue with everything from Vaudeville to minstrel shows. It was a tremendous hit and led to it moving into its own building on Campus Martius in 1901.

After that, and for most of its life, it was known as the Avenue - and the Avenue's main entertainment offering was burlesque.

Among the billed acts was the now-offensively named "Watson's Orientals." Likewise, a 1920s marquee boasted that the venue offered "Oriental beauties." In 1938, the Avenue was offering "red-hot burlesque" and daily matinees. Even when other acts were booked, there were always girls. In the 1910s, Johnny Kilbane, the featherweight champ, came to the Avenue. The event was to feature him "sparring three fast rounds in conjunction with the Girls From Missouri."

The building was demolished in March 1950 to make way for the City-County Building, today known as the Coleman A. Young Municipal Center, at 2 Woodward Ave. 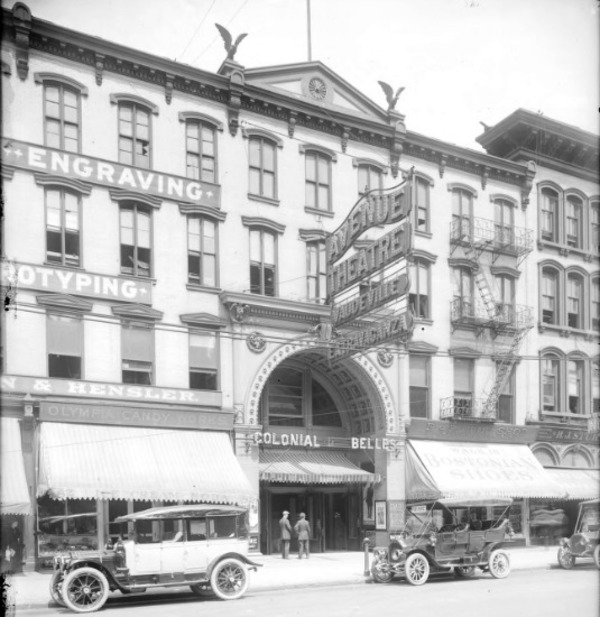