The theater was designed by John Eberson in the atmospheric style, which whisked moviegoers away to another world, in this case an old Roman garden under a moonlit sky. The decor was able “to produce a true atmosphere of the outdoors without in the least cheapening the illusion by overdone trickery,” the Detroit Free Press noted ahead of the theater’s opening on Aug. 24, 1925.

This movie palace offered the glitz and splendor of the downtown entertainment venues but in the neighborhoods. It sat 2,766 seats and proved to be such a success, the Annex Theatre was built a half block away to deal with overflowing crowds. But as attendance declined in the 1950s, the theater became home to off-Broadway shows and later rock concerts.

The Riviera closed in the mid-1970s, becoming rundown and the target of thieves and vandals before being knocked down in 1996.

The Grand Riviera was removed from the National Register of Historic Places in February 2021, 25 years after it was demolished. 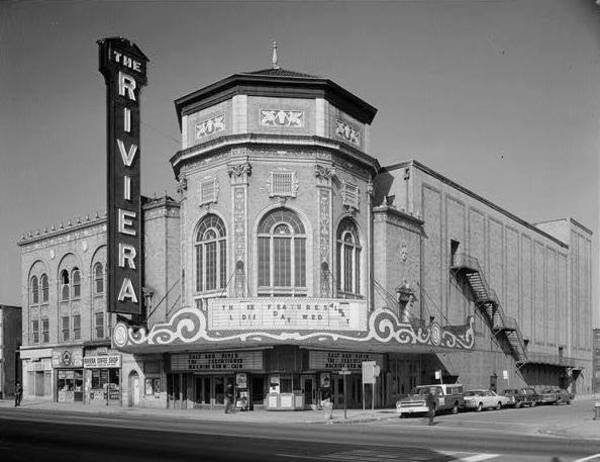