By Denise McGeen for HistoricDetroit.org

One of Detroit’s most prolific architects, Wirt C. Rowland’s hands touched the blueprints for many of the city’s most show-stopping early 20th century buildings. During his 50-year career, he worked with four of the city’s most prominent architectural firms, drafting or designing an impressive range of building types and architectural styles. As an avid modernist and supporter of the Arts and Crafts movement, he is best known for contributing Art Deco-style skyscrapers to Detroit’s skyline.

Rowland was born, Dec. 1, 1878, in Clinton, Mich., and developed an early penchant for architecture. According to a 1939 autobiographical article that Rowland wrote for AIA Weekly, he aspired to become an architect at an early age. After seeing drawings of London’s Gothic-style Lambeth Palace published in Harpers Magazine, the 8-year old Rowland declared, “Mother, I’m going to be an architect.” At age 19, his sketches of Gothic churches and architectural aspirations were enough to secure him a position as a draftsman at the Detroit firm Rogers & Macfarlane. Just two years later, in 1899, well-known architect George D. Mason hired Rowland at his growing firm. Mason, “who had the patience of a saint,” Rowland said, became like a father figure to the young architect. For nine years, Rowland practiced under Mason, studying in the firm’s library and working among Detroit’s premier designers. There, he fostered lifelong friendships with architects such as Augustus O’Dell, William Reed-Hill, George Nettleton, and Alexander B. Trowbridge, and contributed to several notable commissions, including the Palms Apartment House (1901), Temple Beth-El (1903, with Albert Kahn), and the Hotel Pontchartrain (1907).

In 1909, Kahn recruited Rowland to his own firm, by then the busiest in the city. In his brief tenure under Kahn, Rowland contributed to designs for the Ford Motor Co. Office Building in Highland Park (1910), the National Theatre (1910), the Hudson Motor Car Co. (1910) and the University of Michigan’s Hill Auditorium (1913), among others. In these buildings, Kahn and chief designer, Ernest Wilby employed Arts and Craft motifs, including the Pewabic tiles that Rowland adopted in much of his later work.

Having never received formal training, Kahn and Mason encouraged Rowland to enroll in Harvard’s Graduate School of Architecture. Harvard accepted him in 1910 as a self-described “very special student.” After completing school in 1911, he briefly returned to Kahn’s office. However, after just a few months, Malcomson & Higginbotham recruited Rowland to draft drawings for the Detroit Public Library design competition. The team’s drawings came in second place to Cass Gilbert’s winning design. Rowland stayed with Malcomson & Higginbotham for three years, during which time the firm designed Northwestern High School (1911), Northern High School (1915), Southeastern High School (1915), and 12 elementary schools. As with Kahn’s earlier designs, preeminent in many of these buildings was, again, the use of classical motifs paired with brick, polychromatic terra cotta and Pewabic tile.

In 1915, Rowland returned to Kahn’s office, this time as a designer rather than draftsman. During these years, the firm's designs included the Detroit Trust Co. Building (1915), the Detroit Athletic Club (1915) and the Detroit News Building (1916). In 1918, Rowland advanced to chief designer under Kahn. Although the position afforded him more influence on final designs, he was reluctantly obliged to adhere to Kahn’s preference for classical and Italian Renaissance elements. As chief designer, Rowland oversaw design work for the University of Michigan's General Public Library in Ann Arbor (1920), the General Motors Building (1922) and the First National Building (1922), among others.

While working under Kahn, Rowland met and fostered a close working relationship with the New York/Italian sculptor Coraddo Parducci. Kahn hired Parducci to complete decorative work on several buildings in New York under Rowland’s supervision. Rowland soon convinced Parducci to open a studio in Detroit. They remained friends and collaborators for the remainder of their careers.

By 1922, Rowland had become the highest paid designer in the city. The General Motors Building and the First National Building, both notable for their innovative structural design and ornamentation, earned him newfound notoriety. Despite this success, his personal life appears to have remained much the same. A lifelong bachelor, he rented a single room in 1912 from Mrs. Grace Ritchie at 1536 Pennsylvania Ave., where he remained his entire career. The since-demolished house was just one block from Waterworks Park and, interestingly, Mary Chase Perry Straton’s Pewabic Pottery studio. Rowland was an accomplished organist and talented singer, and as such, a staunch supporter of music and the arts in Detroit. He frequented Detroit Symphony Orchestra performances and, from 1919-1920, wrote a regular column for its publication, All the Arts. Furthermore, he was a founding member of the Thumb Tack Club, an organization comprised of architects and draftsman that sponsored competitions, classes and building tours, as well as regular after-hours drinking parties that endured throughout Prohibition. He was also a member of the Pontchartrain Club and the Scarab Club, an artists’ organization. He purportedly spent much of his earnings on expensive clothes, new cars (although he never personally drove) and frequent trips to New York and Europe.

In 1922, another prominent Detroit firm, Smith, Hinchman & Grylls, recruited Rowland as its head designer. While under Kahn, Rowland felt restrained by the elder architect’s insistence on classicism. He therefore welcomed the opportunity to work for Smith, Hinchman & Grylls, who encouraged him to employ his own designs at will. With Rowland at the helm, the firm designed a substantial number of downtown Detroit’s defining buildings, including the Farmer Street Building of the Hudson's Department Store (1924) and the Banker’s Trust Building (1925). The major skyscrapers Rowland is best known for were also completed during this period, including the Buhl Building (1925), the Michigan Bell Telephone Co. Building (1927), the Penobscot Building (1928) and his most celebrated work, the Union Trust (Guardian) Building (1929). Although these buildings’ architectural styles vary, most prominently feature Corrado Parducci sculpture and Pewabic tile.

The economic collapse of 1929 dealt a devastating blow to the construction industry. In the early 1930s, Smith, Hinchman & Grylls laid off almost all of its 250 employees. Rowland then partnered with Augustus O’Dell, an old friend from Mason’s office. Together, they completed several small commissions, including the Lewis E. Marie Elementary School in Grosse Pointe (1936) and Detroit’s Mark Twain Branch Library (1940).

As work became even more scarce during WWII, Rowland took to freelance work. His close friend Col. Edwin S. George hired him to design a Gothic church on his property in Bloomfield Hills. But Rowland would complete only a few sketches before falling terminally ill. As his illness worsened, he was forced to give up his room at Mrs. Ritchie’s house on Pennsylvania Avenue and move in with a cousin in Grand Rapids. Rowland died of his illness on Nov. 30, 1946, one month shy of his 68th birthday.

Parducci, perhaps more affected by Rowland’s death than most, spoke animatedly of him in a 1975 interview: "Wirt Rowland, he reached out, rather than looking back, you know. A lot of architects, their work referred to something. Well, Wirt Rowland was departing. He had a background of classical work, and he was a revolutionary in his ideas and his effort."

His legacy is honored in Col. George’s church. Following Rowland’s death, George D. Mason affectionately completed Rowland’s vision for the building. Although Mason died two years later himself, in 1948, Mason’s firm executed the final designs and oversaw construction between 1951 and 1958. Kirk in the Hills, as it was named, features Parducci sculptures throughout - and Parducci included Rowland in a series of sculptures on the church’s exterior arch supports that represent the men responsible for it’s construction: Mason, George, the church’s first Reverend, and Rowland, diligently crouched over his tools. 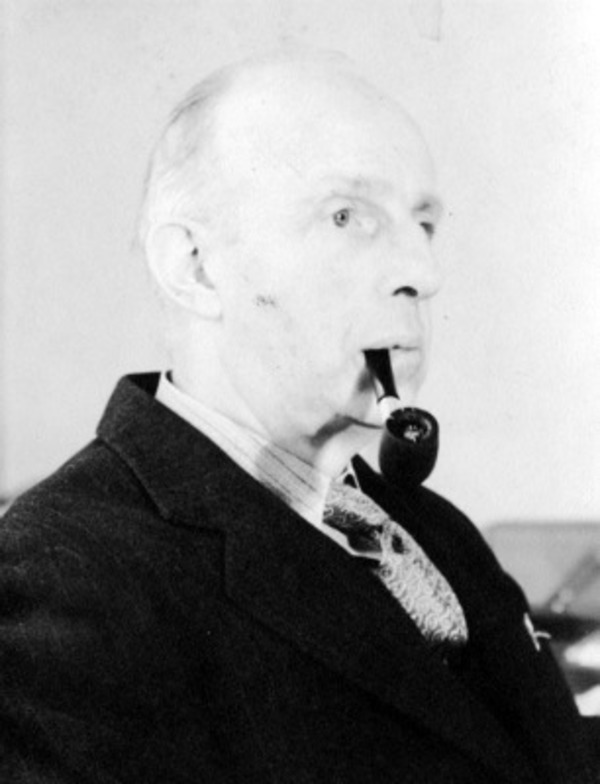