Before it was the Motor City, Detroit could well have been known as the Pickle City.

"Detroit’s pickle industry ... has been growing more solid for 30 or more years,” the Free Press wrote in 1907. “Its product is known wherever a man wants a relish with his dinner." And that was largely due to Williams Brothers Co., “home of Mr. Pickle.”

In the early 1900s, Williams Bros. was one of the country’s largest manufacturers of fruit preserves, mince meat, pickles and the like. The company was established in 1881 and incorporated in 1901. You could find its Waldorf and Dragon ketchups, Quebec maple syrup, and Williams mustard, pickles and chow chow not only across the country, but across the Atlantic, too.

This plant, built in 1899 and designed by Albert E. French, was 12 acres of factories, offices, shipping and storehouses — 600,000 square feet in all. In 1907, the company was pumping out 350 barrels of pickles, 30,000 bottles of preserves, 20,000 bottles of ketchup and 200 barrels of vinegar in a single day. But the Williams Bros. overextended, and the company went into receivership in July 1916.

Part of the sprawling factory on the southwest corner of Grand River Avenue and Loraine still exists today. 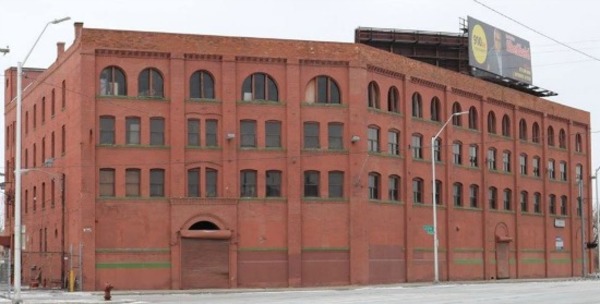