Before the automobile changed the way we get around, steamships were the way Midwesterners often got from place to place.

The Wauketa was part of the White Star Line, and took a back seat to the company's rock star steamship, the SS Tashmoo.

Unlike some of the larger steamships that plied the Great Lakes, she was not a "night boat," on which passengers slept and woke up the following morning at their destination. She was meant for day trips and excursions, similar to the beloved Boblo boats, the SS Columbia and SS Ste. Claire.

Her main charge was with ferrying passengers between Detroit and Port Huron, Mich., a little more than 50 miles apart. At various times in her career, she also sailed to Tashmoo Park on Harsens Island in the St. Clair Flats.

In 1930, with the automobile making her run obsolete, she was sold to the Meseck Steamboat Corp. of New York and taken for service away from the Great Lakes, running an excursion route around New York-Long Island Sound. She was later sold to another New York firm and then eventually the Chesapeake & Ohio Railway Co. in 1944 and was converted to a ferry connecting Newport News, Va., and Norfolk, Va. However, after a bridge was built over the James River in 1952, the Wauketa was no longer necessary, and she was sold for scrap in 1952.

She was scrapped at Baltimore the following year. 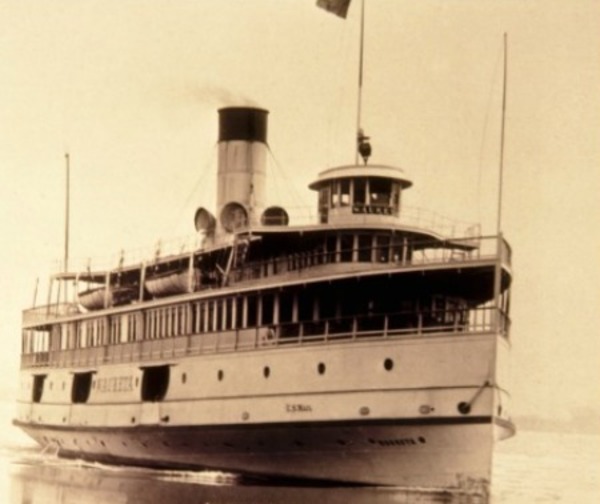