This church was one of the last Catholic churches built in the city, and was erected near Tireman and Southfield Freeway, just east of River Rouge Park. The parish dates to 1923 and historically served Detroit's Polish community.

Before the founding of SS. Peter and Paul Parish in 1923, this far northwest section of Detroit was home to just a few farmers near the tiny Rouge River. When a rumor began to circulate at that time that the Ford Motor Company would be opening a huge plant near the Rouge River, a great many people began to migrate from the east side of Detroit, where the Highland Park plant was located to this area. In 1928 the Rouge River Ford Plant opened. Many of these migrants were Catholic and of Polish extraction and so a church was needed right away for them. In 1923 forty families got together and approached the pastor of the nearest Polish Parish, Assumption of the Blessed Virgin Mary asking for guidance. Rev. Adalbert Zadala arranged for a committee of four representatives to have a meeting with Bishop Gallagher to present this need. The bishop agreed and placed Fr. Zadala in charge of organizing the new parish in addition to his responsibilities at Assumption Parish.

A small brick chapel was built on Tireman at Warwick for the new congregation to worship in temporarily. The lot for this chapel was donated by the Dow-Gilbert real estate agency that was quickly selling lots for new houses to be built in the area. The first Mass was offered in this chapel on Christmas Day of 1923 by Fr. Zadala. In 1924 the work of running two churches became too much for Fr. Zadala and so Bishop Gallagher assigned Rev. Raphael Chrzaszcz to be pastor of SS. Peter and Paul and at the same time pastor of the new St. Barbara Parish that had been founded in Dearborn. This work took its toll on Fr. Chrzaszcz and he died in 1925.

He was replaced by Rev. John Hewelt. By this time the congregation had outgrown the small chapel and a bigger church was needed. Twelve lots were donated by Mr. Peter Zielinski and Fr. Hewelt officially moved the parish to its present location at that time. At this new location the well known and beloved “little white wooden church” was built. In 1926 Fr. Hewelt also built a brick school building with four classrooms for the growing new parish.

In 1927 Rev. Vincent Borkowicz was made pastor of the parish. Later in his life he would be named a monsignor. During his time a rectory was built for the parish in 1927. Up until that time, the priest serving the parish was residing at the rectory of Assumption Parish. Fr. Borkowicz invited the Sisters of St. Francis from Sylvania, OH to conduct the growing parish school and upon their arrival in 1927 a house was purchased to be used as a convent for them.

In 1936 Fr. Borkowicz was replaced by Rev. Peter Rypel. During his short pastorate plans were made to build a new church. He left the parish however before this great task could be started. This work fell to the next pastor, Rev. Francis Gramza who began his pastorate at SS. Peter and Paul in 1938. At thirty years he would be the longest pastorate in the history of the parish thus far.

The new church was completed in 1938 and the parish continued to grow by leaps and bounds with many new young families joining. This growth required the expansion of the school building in 1942. More sisters were needed to teach in the growing school and so in 1948 a new convent was built. The continued growth of the parish necessitated the expansion of the combination church and school building in 1950. In 1953 a new rectory was built to house the pastor, his assistants, and the weekend priest help coming from Orchard Lake.

In 1957 a ground breaking ceremony was held for the new and final church building for the parish. By June of 1959 the lower church was completed and Masses could be said there. The upper church was completed by December of 1959, and on December 22nd of that year Cardinal Dearden celebrated the Solemn Dedication Mass to bless the new church. The parish continued and a final edition was made to the school building in 1962.

In 1968 Fr. Gramza retired and was replaced by Rev. Francis Maliszewski. During his pastorate the activities building was completed and dedicated in name to Fr. Francis Gramza who served the parish for thirty years as its pastor. In 1970 SS. Peter and Paul parish formed its first Parish Pastoral Council. Fr. Maliszewski was replaced in 1981 by Rev. Richard Steiber whose pastorate was short. He was replaced in 1984 by Rev. Sigismund Kowalczyk. Fr. Kowalczyk served as pastor until 1993 when Rev. Francis Reiss took over. Fr. Reiss has since been ordained a bishop and serves as an auxiliary in the Archdiocese of Detroit.

In 1998 Rev. Stan Tokarski became pastor. During Fr. Tokarski’s pastorate the parish school was closed due to low enrollment. He served until 2010 when Rev. Jaroslaw Pilus was appointed administrator of the parish and later made pastor in 2012. The parish continues to serve the needs of the Polish community by offering Mass and the other sacraments in the Polish language. At the same time the parish serves the needs of all Catholics residing in its territory and all those who choose to make the parish of SS. Peter and Paul their house of worship. 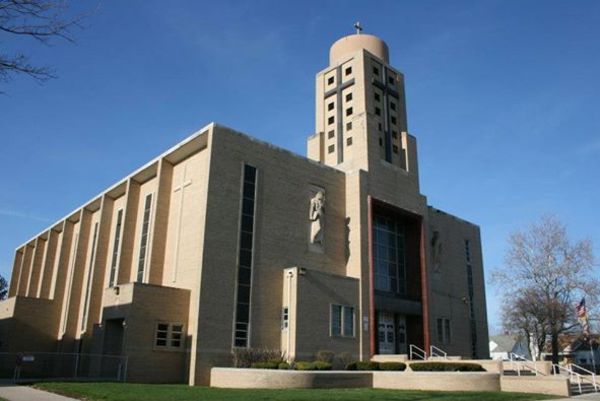