This parish was named after a 15th Century patron saint of Poland, who was both a Polish prince and king of Hungary. It was started in 1882 as an offshoot of St. Albertus on the city’s east side.

This incredible church at Myrtle and 23rd streets was dedicated Dec. 21, 1890. It was designed by Henry Engelbert and modeled after the cathedral of Pisa, with a huge central dome 170 feet high. It would become the mother church for a number of west side Polish parishes.

Citing high upkeep and repair costs and a dwindling congregation unable to pay for it, the Archdiocese decided to demolish the historic church and build a smaller one. Its last mass was celebrated Aug. 20, 1961.

The more cost-efficient church couldn’t stop the shrinking number of parishioners and was closed in June 1989, and sold to another congregation. Today it is known as the Clinton Chapel AME Zion Church. 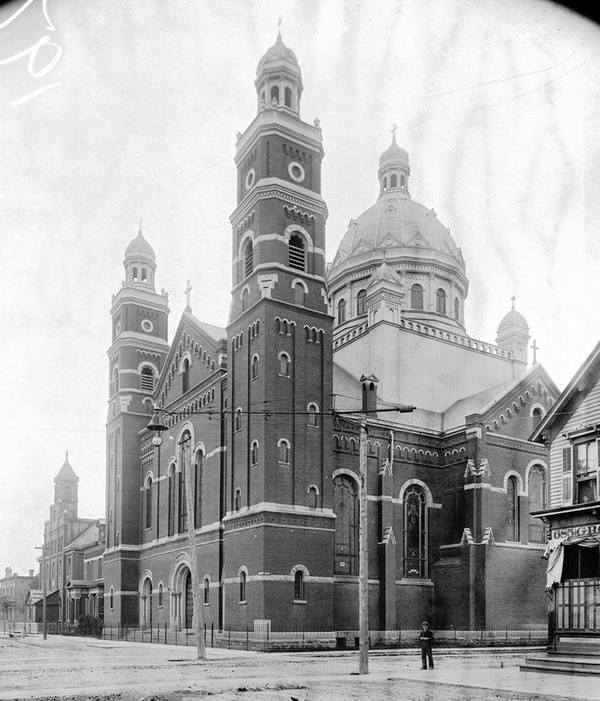