This church began its life as Westminster Presbyterian Church, serving downtown and the neighborhoods that one surrounded the area.

It was located on Washington Boulevard between State Street and Grand River, an area that was mostly residential at the time of the church's construction but would soon become the home of skyscrapers, shops and hotels. The church was made of red brick, and was 60 feet by 100 feet, with three front entrances.

The interior of the church was was "very plain and void of anything that would tend to extravagance," according to "The Roman Catholics in Detroit."

The Rev. Ernest Van Dyke was installed as its first priest. The Archdiocese plunked down an additional $12,000 ($234,000 today) for improvements on the building, and the first Catholic service was held on Aug. 24, 1873. It was at this time that the church was rechristened St. Aloysius, in honor of the Jesuit Aloysius Gonzaga.

The main altar was made of marble and imported from Munich, Germany. The two side altars were presented to the church by J.L. Edson and the ladies' altar society, respectively.

St. Aloysius quickly became Borgess' preferred church, possibly because it was located across the street from his home. In 1877, St. Aloysius replaced Sts. Peter and Paul as the Archdiocese's cathedral. It served in this role until 1890, when St. Patrick Catholic Church was made the cathedral.

The church became widely known for its Lenten noonday services. The first noonday services were held March 8, 1916, and became an instant success, with a number of Detroiters who worked downtown walking over to attend service. The sermons were handled by the Very Rev. Cyprian Abler, a Capuchin monk.

St. Al's massive increase in popularity left seldom an empty spot in the pews. There was room for only 728 souls in the old church. The Archdiocese decided it would have to build a bigger church.

The final Mass celebrated in the old St. Aloysius was held on Easter morning, April 20, 1930. Wreckers got to work almost immediately. In a quick turnaround, the newer, larger St. Aloysius held its first service less than six months later, on Oct. 12, 1930. The new church could hold more than 2,000 people - almost three times as many people as the old building. 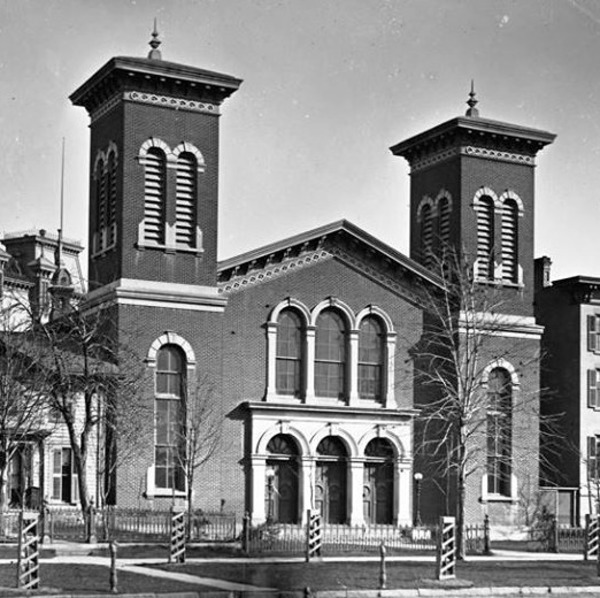