Easily one of the most unusual attractions at a Detroit park, and certainly the most unique, was this 271-foot spruce log that was 11.5 feet across.

Newspapers of the time give conflicting information to its origins, with some saying it was felled in California and others that it came from Gray’s Harbor, Wash. It was originally at the 1904 World’s Fair, and it somehow wound up on display on Gratiot Avenue before being moved to Belle Isle. The City bought it in 1907 for $1,000 -- critters included -- and moved it to Palmer Park, just west of the Log Cabin. It was thought to have been at least 450 years old.

Despite being a popular tourist stop, it disappeared at some point without any fanfare. 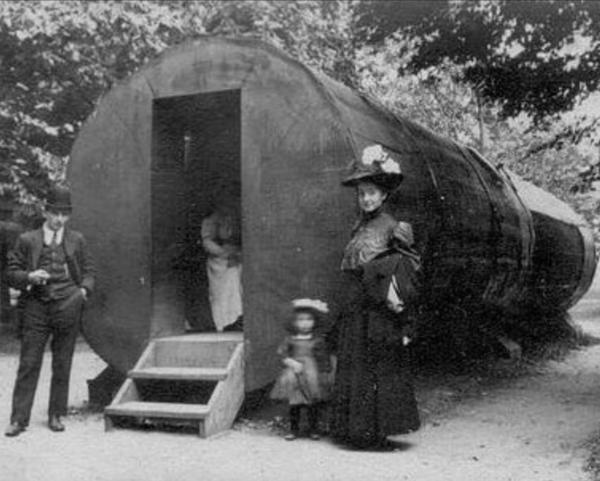