This flagpole on Belle Isle pays tribute to the Rev. Samuel Francis Smith, who wrote the song "America (My Country, 'Tis of Thee)."

It was designed by Albert Kahn and sculpted by Samuel A. Cashwan, and dedicated July 4, 1932.

Smith was born in Boston on Oct. 21, 1808, and was ordained as a Baptist minister in 1834. For the next eight years, he served as a pastor in New England, as well as a professor of modern languages at Waterville College (today known as Colby University) in Maine, and served as the editor of The Christian Review in Boston from 1842-1848.

But Smith is best remembered for his work with hymns, most notably "America (My Country, 'Tis of Thee)," written in 1832 while he was studying theology in Germany. The story goes that Smith was impressed that German schoolchildren sang a hymn before school every day, so he wrote "America" for the kids back home to do the same. The melody is borrowed from the British anthem “God Save the King.” Smith's rendition of the tune was first performed at a children's celebration in Boston on July 4, 1832. 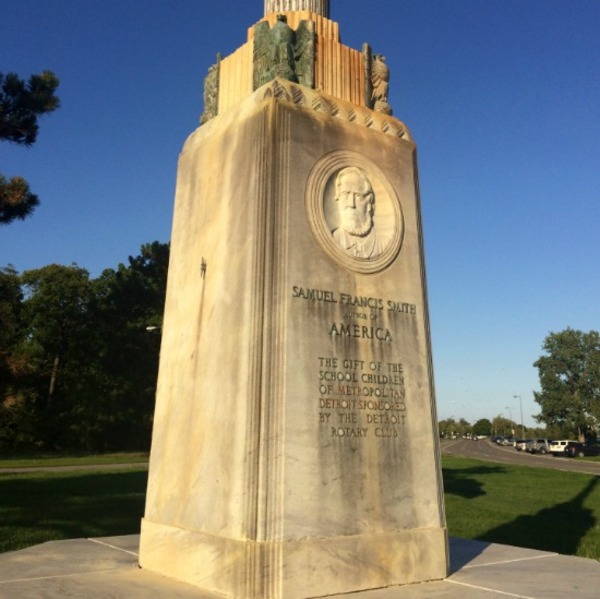