In November 1895, the Woodlawn Cemetery Association bought a 138-acre property far outside the hustle and bustle of the city from Robert Thuner and F.T. Ranney for $140,000 (about $4.2 million today, when adjusted for inflation).

Landscape architect and horticulturalist Frank Eurich was hired to lay out the grounds for what was initially the Woodward Lawn Cemetery. The cemetery was dedicated June 18, 1898. Col. Frank J. Hecker presided over the ceremony, and Sullivan M. Cutcheon gave an address. Both were later interred at the cemetery. The Detroit Free Press proclaimed it a "NEW CITY OF THE DEAD."

"One hundred and forty acres of wild forest, just seven miles and a half from the city hall, have been robbed of their thick underbrush and shrubbery and transformed into avenues turning and twisting in graceful curves, bounding pretty circles and triangles of smooth lawn," the Free Press wrote in its June 5, 1898, edition, previewing the dedication.

In 1905, architect Albert Kahn designed this mortuary chapel for the cemetery. (Kahn, incidentally, though the so-called "architect of Detroit" is buried in suburban Troy, Mich.)

Among the famous people forever resting at Woodlawn: Retail tycoon J.L. Hudson; Detroit's greatest mayor (and a governor of Michigan), Hazen S. Pingree; the Dodge brothers, Horace and John; Edsel and Eleanor Ford; Congressman and Detroit Mayor James Couzens; and Col. Frank J. Hecker. Motown legend James Jamerson, perhaps the greatest bass player to ever live, is buried here, as is Levi Stubbs of The Four Tops and Esther Gordy Edwards, founder of the Motown Museum and sister of Motown founder Berry Gordy Jr. The Rev. C.L. Franklin - father of Aretha - is buried here, as are two of the Queen of Soul's sisters, Erma and Carolyn.

But perhaps the most famous person buried at Woodlawn is Rosa Parks, "mother of the Civil Rights Movement." After being interred in the chapel in 2005, the building was renamed in her honor.

“The Woodlawn family feels very strongly that Mrs. Parks’ final resting place should be a secure and dignified environment where generations can come to revere her memory. It was to honor Rosa Parks, and only to honor her, that we dedicated the mausoleum as the Rosa L. Parks Freedom Chapel,” Woodlawn said in a statement. 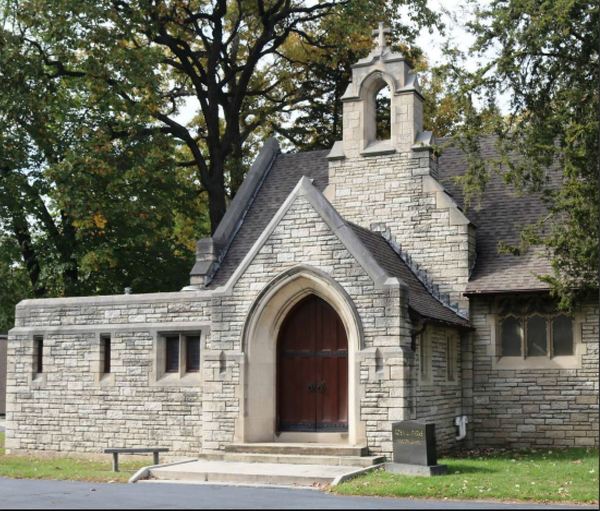