Before piling the kids in the van and hitting the highway, Detroit families headed for Cedar Point used to pile into the steamer Put-In-Bay.

For nearly four decades, she ferried passengers between Detroit and Sandusky, Ohio, stopping at the tourism destinations of Cedar Point and Put-in-Bay at South Bass Island. She was designed by legendary naval architect Frank E. Kirby for the Ashley and Dustin Steamer Line.

On March 25, 1911, thousands crammed into the yards of the Detroit Shipbuilding Co. in Wyandotte, Mich., to watch Hull No. 186 be launched. Eight-year-old William McFall Heyser cracked a bottle of Sandusky-made champagne over the steamer, christening her the Put-In-Bay. At 240 feet long, she had capacity for more than 3,000 people across four decks.

She was powered by a 2,950 ihp, four-cylinder, triple-expansion steam engine and four coal-fired Scotch boilers.

In 1949, the steamship started charting its destination a bit further north, when she was sold and put on the Detroit-to-Port Huron run, with stops along the way, according to the Marine Historical Society of Detroit. She stopped running in 1951.

In May 1953, she was sold for debt by U.S. Marshall for scrap. On Oct. 3, 1953, she was towed out into Lake St. Clair and set ablaze, in order to make it easier for wreckers to get at her steel skeleton. Her hull was scrapped at River Rouge, Mich. 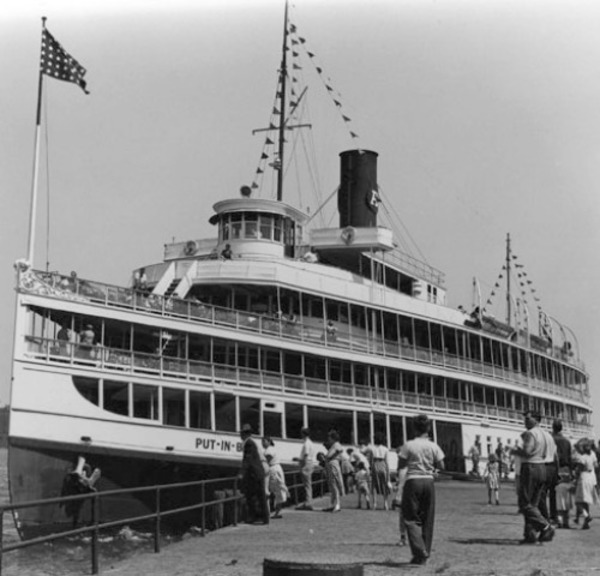