The Owana was launched at Detroit Dry Dock Co. in Wyandotte, Mich., in 1899 as the Pennsylvania.

The White Star Line acquired her in 1902 and renamed her the Owana. She ran between Detroit and Toledo, Ohio, as well as Port Huron and the St. Clair Flats.

White Star sold her in 1925, and two years later, she was scooped up by the Erie & Dover Ferry Line and renamed the Erie, making runs across Lake Erie.

She was destroyed by the same Feb. 20, 1929, fire that also damaged the steamer previously known as the Frank E. Kirby.

That's when she was sold yet again and renamed the Erie, yet again. She was scrapped in 1981. 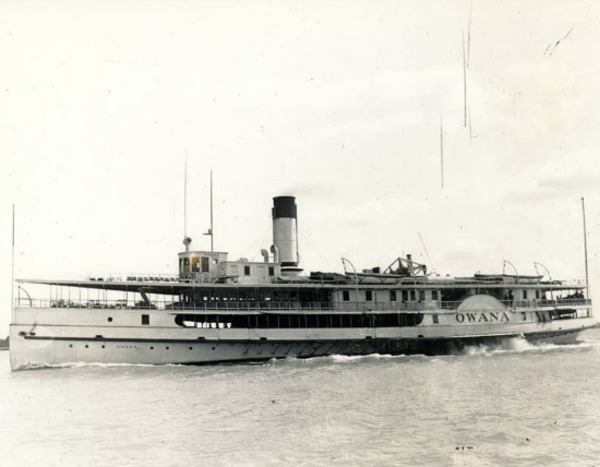