Our Lady of Sorrows Church

On Nov. 5, 1908, Our Lady of Sorrows went up in flames on Catherine Street near Gratiot.

The congregation rebuilt, opening this church on the southeast corner of Meldrum and Benson on May 7, 1911. It was designed by Peter Dederichs. At the time, the congregation was 4,000 strong, mostly Belgian-Americans.

On April 10, 1963, a fire broke out at the abandoned Briggs plant across the street. The factory was three blocks long, five stories tall and completely consumed. Windblown flames leapt across Benson and engulfed the church.

Remarkably, a large crucifix survived, and Detroit firefighters bore the cross, carrying it to safety. The 13-foot-by-7-foot crucifix had been given in 1912 by John Emmanuel Verbiest to the church. After decades sitting in storage, and following a restoration, it was installed Oct. 22, 2010, at St. Margaret of Scotland Church in St. Clair Shores, Mich.

Once again, the congregation would rebuild. Today, that church is home to New Liberty Baptist Church after Sorrows merged with Annunciation Church in 2000. 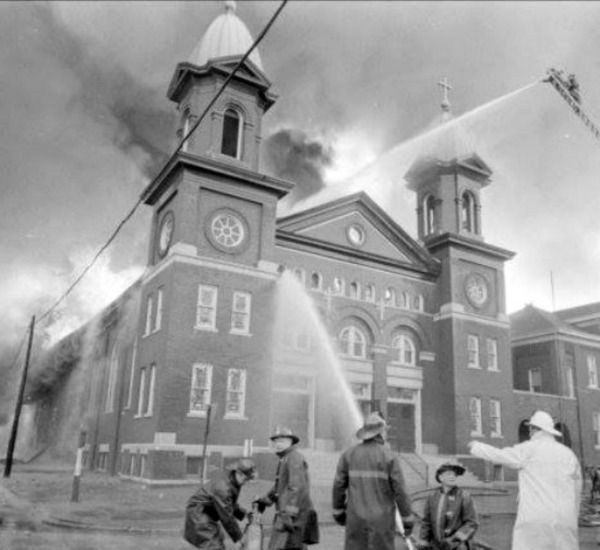 Our Lady of Sorrows Catholic Church

Our Lady of Sorrows - Old photos