It might have been one of Detroit's more beautiful churches, but it would not be one of its long-lasting ones.

The North Woodward Methodist Episcopal Church was designed by the firm Kastler & Hunter, with William E.N. Hunter serving as lead architect. The church was built along what was then far north, an area of the city that had been named Upper Piety Hill for the vast number of churches built along Woodward Avenue.

The congregation met in the nearby Regent Theatre at first, although Temple Beth El offered the use of its synagogue on Sundays when Jewish services did not use it.

A temporary church for the congregation was opened in 1920 at 8300 Woodward, which still stands. The building, also designed by William E.N. Hunter, was most recently home to a Value World.

The congregation moved into their new home, the Metropolitan United Methodist Church at 8000 Woodward Ave. six years later, in 1926. 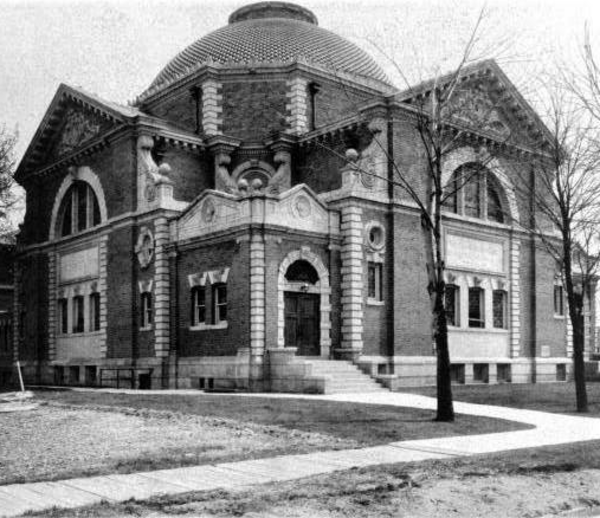