The North and South American were popular sights as they took passengers on cruises around the Great Lakes.

Louis John Porreco formed the Canadian Holiday Co. of Erie, Pa., in 1962, and bought the North American the following year to run cross-lake service between Erie, Port Burwell and Port Dover, Ontario. However, the steamer would operate out of the Port of Erie for less than a year, because Canadian Holiday Co. went bankrupt in 1964.

The North was retired from service that year and languished until being sold to the Seafarer’s International Union three years later in order to be used as a dormitory and classrooms at Piney Point, Md. Sadly, on Sept. 13, 1967, while being towed to her new home, she sank in the Atlantic Ocean.

The South American was sold to the Seafarers as a replacement, but the conversion never came, and she rotted for decades near Camden, N.J., before being scrapped at Baltimore in 1992. 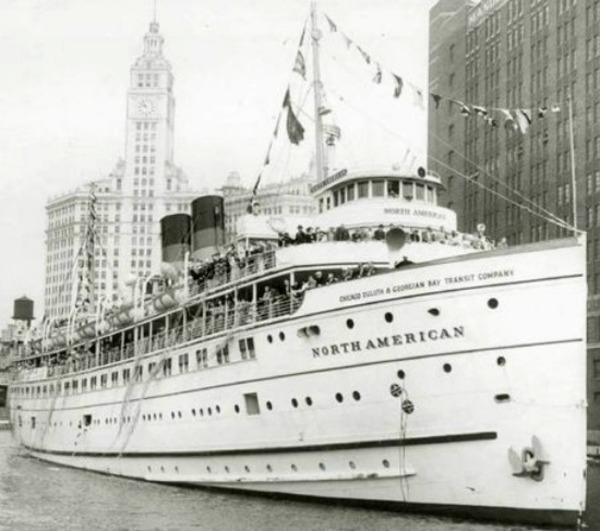