Most Holy Trinity is not only one of the oldest churches in the city, it is also Detroit's second oldest parish, having been established in 1834. Only Ste. Anne de Detroit is older.

Trinity was also the first parish in Detroit specifically geared toward English-speaking Catholics.

The cornerstone for this church, designed by East Coast architect Patrick C. Keely, was laid Oct. 28, 1855, and the building was dedicated 10 years and one day later, on Oct. 29, 1866. The window in the liturgical east wall was designed by the famed artist Ignace Schott. The rest of the stained glass was made by Friedrichs & Staffin, the earliest known stained glass studio in Michigan, and forerunner of the Detroit Stained Glass Works.

"One thing that's neat about the building is that Keely clearly had the Trinity in mind," Detroit historian and architectural expert William M. Worden noted to HistoricDetroit.org. "It's not unusual that it's three bays, or aisles, wide. But it's nine bays long: 3 by 3. That means that there are 27 vaults in the ceiling 3 by 3 by 3."

Trinity is also home to the oldest Michigan-built pipe organ in the state, dating to 1867. 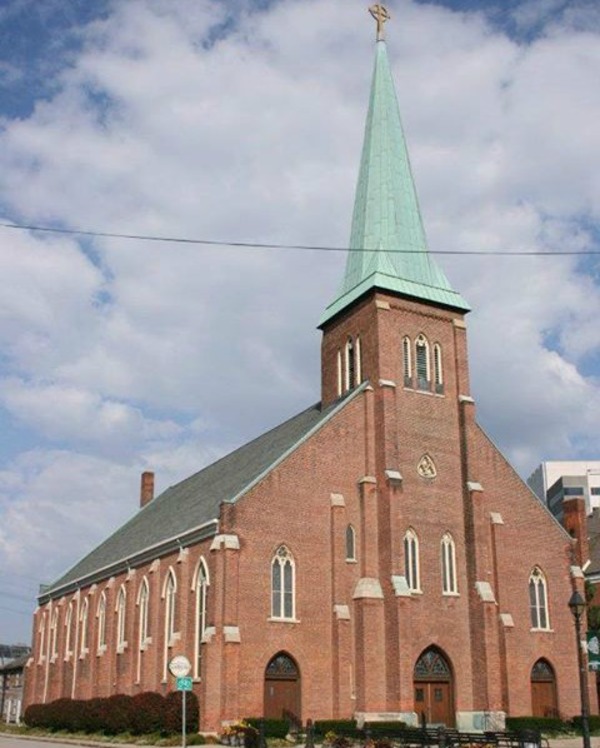