The Lansdowne was launched in 1884 for the Grand Trunk Railway as a rail ferry shuttling rail cars between Detroit and Windsor. She was named for the Marquess of Lansdowne, then the governor general of Canada.

The 294-foot ferry's hull was built at Detroit Dry Dock in Wynadotte in 1884. The superstructure was built by Jenkins Bros. in Walkerville, Ontario.

By the 1960s, she was one of the last sidewheelers on the Great Lakes, but for many, she is best remembered for her second life. From 1983 to 1991, she was a restaurant, docked at Hart Plaza near Cobo Center. Two old rail cars were used as the bar. Four Tops singer Duke Fakir and a cousin bought the restaurant in 1988, but couldn͛'t save it and the ferry left Detroit in 1995. 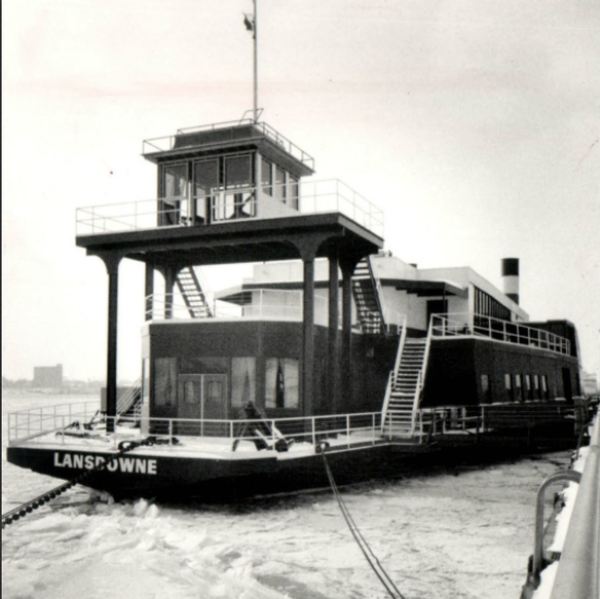