Towering above everything near the border of Grosse Pointe stands the Hotel Savarine, a graffiti-plastered empty hulk that once was home to sports stars and beat author Jack Kerouac.

The hotel opened on East Jefferson and Lenox, just after Christmas 1926 as a "stag hotel," or "bachelor hotel." These were establishments that catered to single men, and the Savarine's relative proximity to the auto factories on the east side made it a perfect match. The hotel was designed by Russian-born architect Louis J. Chesnow.

Later on, the hotel was turned into the Winston Place Apartments and later was used for low-income housing into the early 2000s.

In March 2006, work began to reopen the empty structure as a 118-unit apartment building again, but work was never completed.

Today, it still sits empty, with broken windows and marred by vandals' graffiti. There is hope that with renewed investment in the Jefferson-Chalmers neighborhood that the Savarine will see new life. 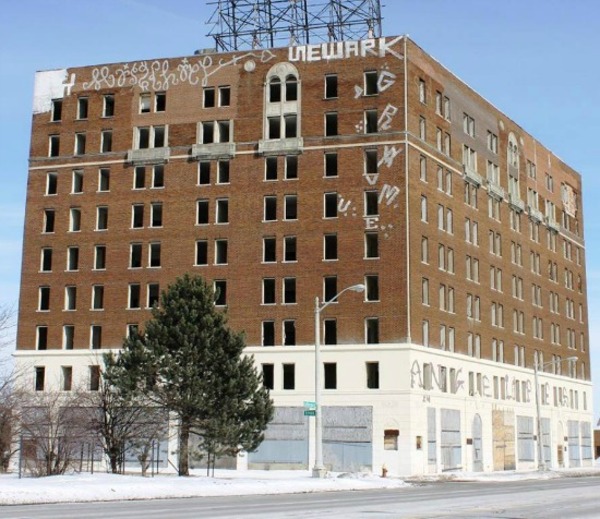