The Rackham Memorial Building was one of several structures funded by the fortune of Horace H. Rackham, one of the original shareholders of the Ford Motor Co.

The sprawling Harley, Ellington & Day-designed building was dedicated to helping engineers pursue an education in the field. Ground was broken July 1, 1940, and it officially opened Jan. 28, 1942. Gov. Van Wagoner presided at the dedicatory service. The building cost $2 million to build.

"That the first endowed building for engineers in this country should be built in Detroit, whose industrial primacy is closely linked with the engineering profession, was altogether appropriate," the Detroit Free Press wrote at the time of the building's dedication in 1942. "Also notable is that this magnificent architectural addition to the City's Art Center constitutes a lasting monument to one of Detroit's and Michigan's great philanthropists."

The structure is faced with white Georgia marble with dark granite trim and cast bronze windows and ornamentation. The Rackham Building features relief sculptures with themes of education and the sciences that were designed by Marshall Fredericks, sculptor of "The Spirit of Detroit."

There is an auditorium in the center section that seats up to 1,000 people.

The man behind the gift

Horace Hatcher Rackham was a lawyer, born in 1858 in Macomb County. He had the fortune of being neighbors with Henry Ford, and when Ford founded his auto company in 1903, Rackham became one of its earliest shareholders with an original investment of $2,500. Just five years later, the stock split 20-for-one. The newly minted millionaire quit law in 1913 to attend to his fortune. Rackham sold his stock back to the Ford family in 1919 for $29.3 million. Rackham would spend much of the rest of his life simply giving away his money to charitable causes, mostly educational ones.

Rackham, incidentally, also donated in 1922 a casting of Rodin's "The Thinker" to the Detroit Museum of Art, forerunner of the Detroit Institute of Arts. It now stands in front of the DIA, across Farnsworth Street from the Rackham Building.

In 1929, Rackham set up the Children's Fund of Michigan with a $10 million endowment in order "to better the condition of children everywhere."

The Rackham Building in Detroit followed the University of Michigan's 1938-built School of Graduate Studies building on its Ann Arbor campus that was funded by Rackham's foundation and also named in his honor.

A building built on land owned by two owners

The 121,000-square-foot building was constructed in three sections, with the western wing and central portion on property owned by the University of Michigan. Oddly, the Rackham Engineering Foundation owned the east wing of the building and approximately 4 acres of property until 2018.

The building was used for many years by U-M and the Engineering Society of Detroit, however, after U-M reduced its footprint in Detroit, the Rackham Building was leased to Wayne State University. The WSU Department of Communication Sciences and Disorders occupied part of the building through July 2019.

In July 2017, the University of Michigan agreed to buy for $5.1 million the remaining third of the building and the parking garage, built in 1978, from the Rackham Engineering Foundation and the Engineering Society of Detroit. 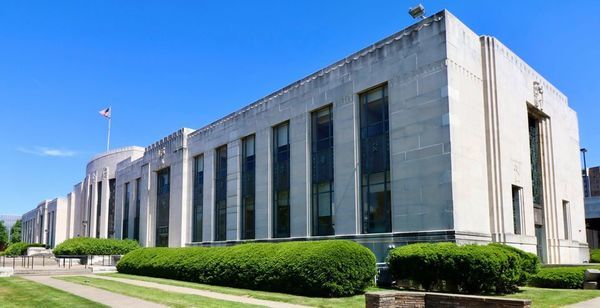