Like Wayne State’s other theater, the Bonstelle, the Hilberry Theatre began its life as a house of worship.

When it was constructed, the Detroit Free Press said the church was the most costly structure in the city. It opened March 4, 1917, for the growing Detroit chapter of the First Church of Christ Scientist. Located at 4743 Cass Ave., the architectural firm of Field, Hinchman & Smith (now SmithGroupJJR) designed the Neoclassical church with the stately Roman columns out front. It was built by Bryant & Detwiler Construction Co.

The church was 120 feet wide and 150 feet long, the two-story church had more than 22 rooms. Over the foyer was the clerk’s room, director’s room and the usher’s room. The auditorium originally sat 1,510. The original interior was quite lavish, with walnut doors and ivory ornaments on the woodwork. The church organ was manufactured by the Austin Organ Co. of Hartford, Conn.

It would host services for 44 years.

The religion was founded by Mary Baker Eddy in 1879, who advocated prayer as a form of healing. However, like other Christ Scientist Churches, the Detroit congregation dwindled sharply in the 1950s. Because attendance at the church near the heart of Wayne State University's campus was dropping, and attendance at WSU was growing, the school and church started negotiating a possible sale. On June 15, 1961, Wayne State purchased the building for $250,000 (about $2 million today, when adjusted for inflation).

With its old space sold, the churchgoers rented space from WSU’s Community Arts Auditorium for yearly payments of $22,500. Though the rental fees to the church helped defray the cost of turning the church into a theater, it had a terrible effect on the church. After the church moved, the congregation dropped from 1,500 to 300. For decades, the church had a reading room next door to Marwil’s bookstore on Cass Avenue, just south of Warren Avenue. However, after the block was purchased by the university, the building was closed and later torn down. University housing now stands in its place.

The former church got quite a drastic makeover: All but 550 of the seats were taken out, within 40 feet of the stage. The rounded auditorium was based on the theater in Stratford, Ontario, that hosts a Shakespeare festival. Alden B. Dow, based in Midland, Mich., designed the changes. The theater also holds classrooms, which are used for lectures and drama instruction. The redesigns cost around $85,000.

The church reopened in 1964 as the Hilberry Classic Theatre, named for Wayne State President Dr. Clarence B. Hilberry, who worked as an English professor before moving into administration. WSU thespians performed a number of the bard’s plays to mark the 400-year anniversary of his birth. “We shall have to call it Stratford-on-Hancock-and-Cass,” Louis Cook wrote in his review of the performance in the Detroit Free Press. The first play performed that season was "Julius Caesar," and "Romeo and Juliet," "Antony and Cleopatra" and "As You Like It" were also performed. The theater continued to perform Shakespeare plays for a number of years after.

The graduate theater proved extremely popular, and in 1967, there was a record attendance of 61,428 playgoers from January through May. The award-winning theater occasionally performed abroad, and actor Jeffrey Tambor got his start at the Hilberry.

In 1973, it was closed during the summer for some repairs and maintenance, such as new seats, carpet, electrical wiring and reconstruction of the backstage area.

In 1997, the theater received a $1 million renovation funded with donations from theatergoers, plus government and donor money from understudies. The lobby, restrooms and second floor were refurbished, and the outside was sandblasted.

The theater celebrated its 25th anniversary on Oct. 17, 1987, and its 50th anniversary in 2012. Currently, the theater hosts performances from a select repertory company of graduate students, and the Bonstelle houses the undergraduate performances. The basement houses the Studio Theatre, which performs more experimental plays. 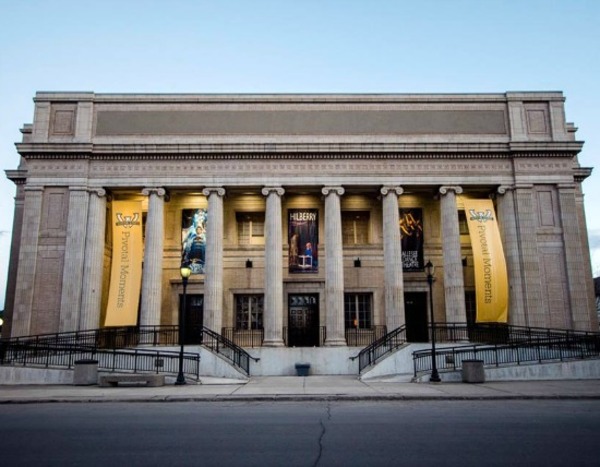