The Kirby was named in honor of the greatest naval architect of his day, best known today for designing the Boblo boats, Columbia and Ste. Claire. But he also was the father of modern ice-breaking technology and was appointed by President Theodore Roosevelt to revise the standards for construction and operation of steamers across the country.

Upon his death in 1929, the Free Press wrote “Mr. Kirby was one of the builders of the modern City of the Straits. A man of genius ... he made possible the construction of vessels which were the admiration and envy of the world, and gave Detroit a prominence and opportunity for marine and industrial development.”

The Detroit Free Press noted at the time of the steamer's launch on Feb. 12, 1890, that "everything in the appearance of the steamer suggests speed. She is sharp as a wedge." Her zip gave her the nickname “the Flyer of the Lakes.” 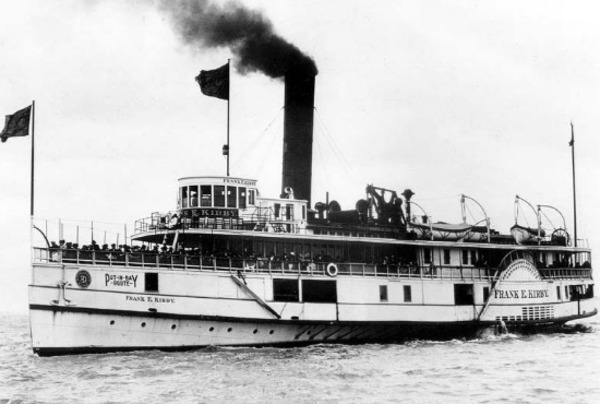