If Detroit knows anything, it’s how to pick itself up, dust itself off, and keep on going.

Less than a year after fire destroyed the city’s first Opera House, this one debuted on the same site on Sept. 12, 1898, opening with “The Highwaymen.”

The Detroit Free Press noted that “there can be no possible danger to life from fire, explosions or weak construction.” A key selling point after what happened to the first one.

The architectural firm Mason & Rice handled the exterior design; respected theater architect Col. J.M. Wood did the theater’s interior. The decoration was done by Alpheus W. Chittenden, who designed the current Detroit Boat Club on Belle Isle. The vestibule was lined with tiles made by the Grueby Faience Co. of Boston.

It continued the role of being Detroit’s top spot for dramatic theater and was renamed the Shubert-Detroit Opera House in 1919. But tastes changed when movies came around, and the Great Depression didn’t help, and it finally ended its career as a playhouse with Earl Carroll’s “Sketchbook” in January 1931. It limped along as a moviehouse and by hosting the occasional burlesque show or church service.

On Dec. 11, 1935, it was announced that it would be gutted and turned into Sam's Cut-Rate department store, which closed at the end of 1965 or early 1966. In the spring of 1966, it was demolished and turned into a giant, empty expanse that went unfilled until Compuware opened its new headquarters on the site in 2003. Today, that building is known as One Campus Martius. 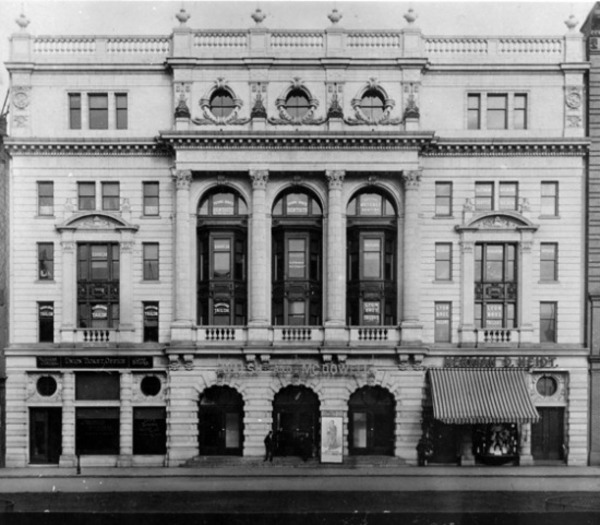