Today, this building provides much-needed shelter for Detroit's most vulnerable population, but it began its life as a ritzy spot for the city's elite.

Located just north of downtown and just west of Woodward Avenue, the structure opened in 1924 as the Hotel Imperial.

Ads for the hotel billed it as "one of America's finest residence hotels" with rooms for tourists and apartments for permanent guests alike. The ads called it "a strikingly handsome and imposing structure designed as a permanent home for families who are appreciative of quiet elegance, refinement and beauty in their surroundings."

The building was fireproof and faced with cut Indiana limestone with a brick, steel and concrete skeleton. It was designed by Robert Finn, the architect behind the Wurlitzer Building downtown, and built for John N. Anhut, of the law firm Anhut, Ring & Cone.

"The demand in Detroit for more hotel space had something to do with the construction of the Imperial," he told the Free Press at the time of the hotel's opening. "But the more insistent demand for a hostelry that shall be exclusive in every detail was the direct reason for the building. There is a class of people in Detroit who prefer to get away from the commercial activities that necessarily hedge about a large city hotel, and those are the people to which we cater. Our terms for this service will ensure an exclusive clientele, and prevent the use of the building by those who must hurry through their visit in Detroit and their business here."

The "laid-back" Imperial formally opened Feb. 21, 1924, with a dinner and dance. It initially featured 250 one-, two- and three-room suites, all of which were "handsomely and completely appointed."

"The Imperial is expected to lead the way among hotels of its class in the city," the Free Press wrote ahead of its opening. "The effort to make the hotel exclusive, a place in which quiet refinement and comfort will be the dominant tone, has been carried far, and is clearly evident in the very furnishings of the hotel itself." The suites featured built-in dressing niches, commodious closets, private bathrooms with combination tub and showers.

The suites facing Peterboro feature bay windows, which "give the impression of a small sun parlor, and make the front suites more than usually desirable," the Free Press wrote.

Other amenities included drinking fountains dispensing iced water, a coffeshop and a restaurant on the ground floor west of the lobby with seating for 175-200 diners. The dining room offered lunch for 65 cents and dinner for a buck. Also off the lobby was a women's lounge and large fireplace.

The building was also home to the Mah Jongg Room on the ground floor. "It is decorated in a bizarre manner and will be devoted entirely to the pleasures of those guests who are devotees of maj jongg or bridge. The red, yellow and green color scheme of this room has been combined into an Oriental effect that is decidedly pleasing," the Free Press wrote.

On Sept. 29, 1924, at the hotel, checker champ Newell W. Banks attemped to set a new speed record for simultaneous blindfold checker play. There was no further reporting on whether Banks set the record or how you play checkers blindfolded against multiple opponents, let alone in a quick manner.

But post-checker champ hysterics, the Imperial lived a rather quiet existence for the next half century.

On Dec. 14, 1938, the Club Imperial, a cabaret, opened in the hotel, featuring not only entertainment by Italian cuisine by a New York chef. Among the headliners on opening night was "Baron Ricco, (a) gypsy baritone who features the tuneful recitation of romantic poetry in his song arrangements," a Congo chorus and "the Capps Family, three clever dancing kin." There also was a string orchestra and a strolling group singing serenades. An acclaimed performer of the time named Martha Raye got her start at the club.

The 1960s saw the Club Imperial host the "Beautiful Exotic Revue," "the half pint of honey" Crystal Bright and the "Funtouchable" Ted Stanley, among other acts. In 1962, the Club Imperial was known as "where crowds meet for musical treat" and performers such as "the Saucy Sophisticate Suzanne Toben." But ads for the club stopped appearing that year.

On July 2, 1974, a man was killed and another critically wounded in an argument over a woman at the building's bar.

The structure remained the Imperial Hotel through at least 1976, though by that point it had 175 rooms, so some of the larger suites were likely divvied up into smaller rooms. Its ads called it "the 'in' place for the over '40s.'"

Giving a home to the homeless

In December 1984, the Coalition on Temporary Shelter (COTS) bought the building and planned to spend $1.5 million to turn it into a shelter. "When people are hungry, it's easy to give them a can of food. But what do you do with people who have nowhere to go?" Dennis Delor, a Capuchin brother who was the project manager for the rehab, told the Detroit Free Press at the time.

Jarrie Tent, the then-director of COTS and its founder, told the Free Press at the time of the purchase: "I have this belief now that nothing is impossible. If you're on the side of right and believe it needs to be done, you'll find a way to do it."

In 2020, the COTS Peterboro underwent a major renovation to provide 56 units of supportive housing. 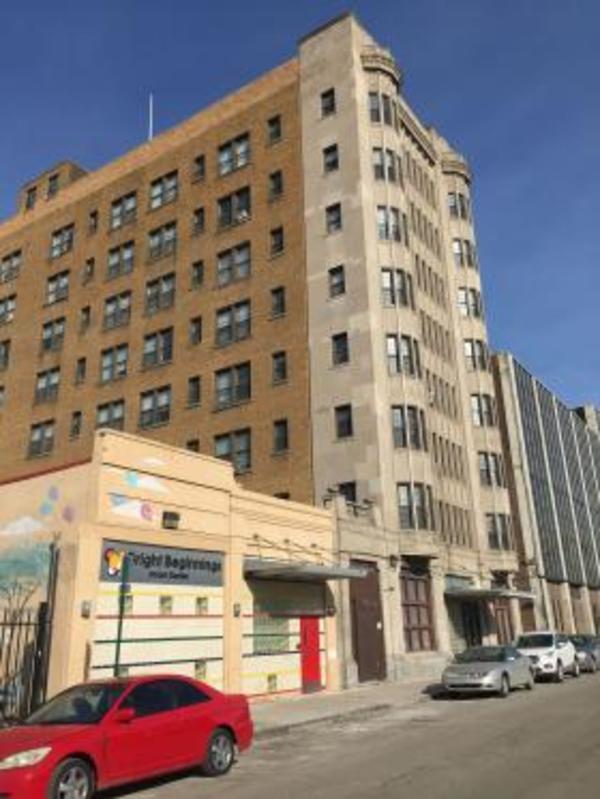