The 287-foot vessel was designed by master naval architect Frank E. Kirby, who designed many of the Great Lakes' majestic steamers. She had 150 staterooms and luxurious common areas full of decorative woodwork.

She was a sidewheeler powered by four boilers and a walking beam engine that could propel the vessel at about 21 miles per hour. She was built for the Detroit-Cleveland run, and her first trip from Detroit to Cleveland on May 10, 1889, took five hours and 42 minutes.

On July 17, 1890, she collided with the wood-hulled freighter Kasota, near Zug Island, about the location of the present-day Short Cut Canal. In less than two minutes, the Kasota laid at the bottom of the river, taking its cook with her. The accident was blamed on faulty steering gear on the Detroit. The Kasota was later raised and rebuilt in late 1891 and renamed the A.A. Parker. On Sept. 19, 1903, the vessel sank again, this time in Lake Superior, near Grand Marias, Mich.

Having been made redundant by D&C's newer luxury liners, the D-II was sold to the Cleveland and Buffalo Transit Company (C&B Line) in 1924, where she was renamed the Goodtime. At this time, the overnight vessel was converted to handle daytime excursions, and was outfitted with electric lights and wireless telegraph service. She ferried passengers from Cleveland to Cedar Point, Ohio, and back. She made 1,215 round trips and 1,220 moonlit cruises for C&B before being retired in 1938.

She was scrapped at Hamilton, Ontario, in 1941. 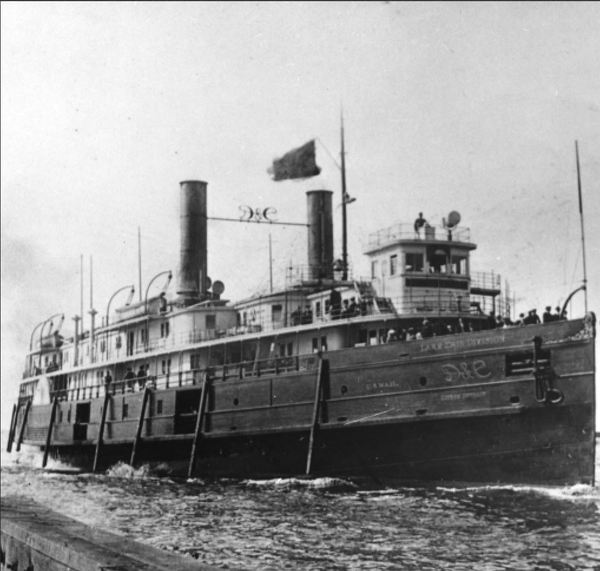