This monument to Christopher Columbus was dedicated Oct. 12, 1910, and was a gift from the readers of the Italian newspaper La Tribuna Italiana d'America in honor of the 400th anniversary of Columbus' death.

The bust was sculpted by Augusto Rivalta of Italy and sits on a marble pedestal featuring a plaque between two bows of ships on either side. The inscription reads, "Christopher Columbus, a great son of Italy. Born 1435 - Died 1506. Discovered America October 12, 1492. This monument is dedicated to his honor by the Italians of Detroit, October 12, 1910."

The Detroit News reported in July 1910 that some of those Detroit-area Italians objected to a mere bust, wanting a complete statue.

As an unnamed member of that delegation said at a meeting of Detroit's Common Council: "We do not want a bust. ... We want a big monument, even if it costs $25,000, and we want it with feet."

It originally stood on the northern end of Washington Boulevard at Park Avenue, bookending the boulevard with the Alexander Macomb Monument to the south. Detroit's Italian community used to lay wreaths each year at the monument's base on Columbus Day.

In November 1987, the monument was removed in order to be restored, and was then rededicated the following year at East Jefferson Avenue and Randolph Street.

The bust had been the frequent target of protest and vandalism over the years given Columbus' brutality toward native people, including enslavement and murder.

In 2017, City Councilwoman Raquel Castañeda-López called for Columbus' bust to be removed and for the City to designate an Indigenous People's Day.

On June 15, 2020, Detroit Mayor Mike Duggan ordered that the bust be removed and placed into storage.

"The mayor decided it ought to be placed in storage to give us time to evaluate the appropriate long-term disposition of the statue," John Roach, a spokesman for the mayor's office, told the Detroit Free Press.

Columbus' eviction came amid the Black Lives Matter movement that swept the United States following the killing of a number of unarmed African Americans at the hands of police. The movement saw a number of Confederate monuments removed in the South, as well as a statue of longtime Dearborn Mayor Orville Hubbard, who was well known for his discrimination and anti-black policies. 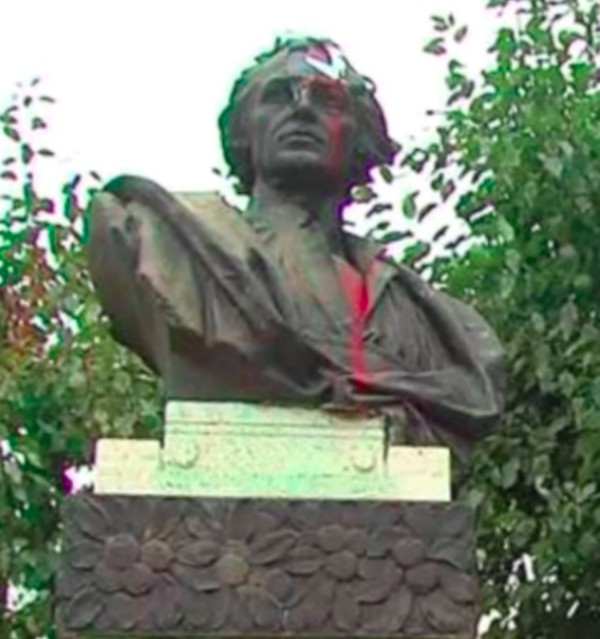