St. Anthony Cathedral is a shining beacon surrounded by darkness.

All around the proud 1902 Romanesque landmark, burned-out homes and vacant lots dot the landscape. The notorious Packard Plant -- which could be the biggest, most infamous example of urban blight in the country - has killed the nearby neighborhoods like a cancer spreading from street to street.

In the 1850s, it became clear that there was a need for a new Catholic parish to serve Detroit's growing number of German families on the east side.

The congregation began as the St. Anthony mission church and was started by the St. Joseph parish. The first St. Anthony building was finished July 5, 1857, at Gratiot and Centerline Road (today known as Field Street), just a few blocks south of the current church. Father Leopold Pawlowski was its first pastor.

Like many Catholic churches in Detroit, St. Anthony was designed by Donaldson & Meier. The Romanesque-style church was dedicated on Oct. 12, 1902.

The stately, red-bricked exterior shelters a beautiful sanctuary that features frescoed ceilings and beautiful carved marble altar. Its stained-glass windows were imported from Insbruck, Austria, in 1902. Its church bells are from the McShane Bell Foundry in Baltimore. And the Stations of the Cross that line the walls of the sanctuary were brought over from Munich, Germany, in 1902.

As the city's demographics continued to change, and Catholics fled the city for the suburbs, St. Anthony's congregation dwindled. Its high school, East Catholic High, closed. The neighborhood around it turned from handsome, middle-class homes to boarded-up, burned-out eyesores.

The Archdiocese of Detroit finally closed St. Anthony in 2006 in a cost-cutting move.

In 2010, Dr. Karl Rodig and his supporters acquired the church and run it as an Ecumenical Catholic Church of Christ. Rodig is dedicated to trying to revive his battle-scarred corner of the Motor City. 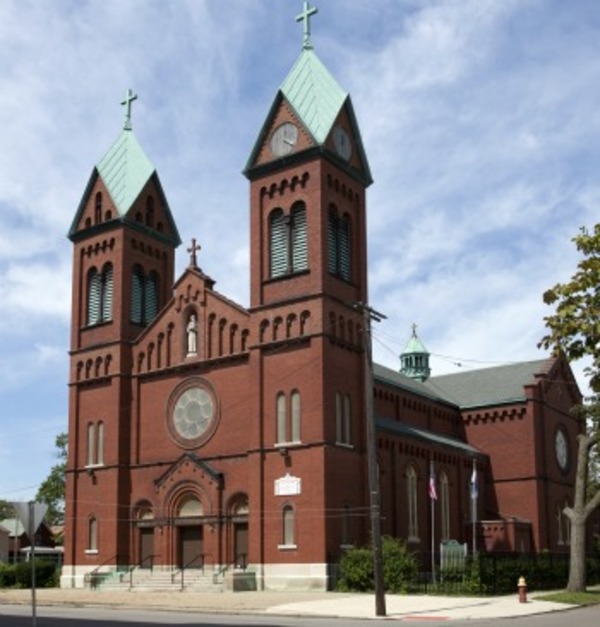