The Arcadia Ballroom -- or "The Arc," as it was known -- was one of the largest ballrooms in the country when it opened in 1912. It was opened by Jesse L. Woods, who also opened the Olympia. But just a few years later, it was converted into a concert hall and theater on Oct. 11, 1915.

It was a pleasant place to go and dance to Big Bands. There were also battles of the bands, some with 40 to 50 musicians. A number of Detroiters met their future spouses on the maple dance floor of the Arcadia. It was "a favorite hangout for Central High students as well as their parents, who did the Hesitation Waltz and the One-Step," the Free Press recalled in 1982.

On June 14, 1923, the Detroit Free Press reported that the Arcadia had been closed for the season to make way for a renovation executed by C. Howard Crane. The work was to "transform the building in a most attractive manner and make it one of the most complete auditoriums in the middle west."

During this time, it was used by the Detroit Symphony Orchestra during the troupe's early days, but its poor acoustics proved to be insufficient. "The hall's inadequacies were instrumental in bringing about the construction of Orchestra Hall," Andrew Craig Morrison wrote in his "Nickel Show." Its career as a concert hall was also short-lived, with its final concert performance being a recital by violinist Mischa Elman on Jan. 21, 1929.

After the Elman performance, the Arcadia reverted to a ballroom, and in 1941, it was turned into a roller-skating rink, serving in this capacity for more than two decades. It also hosted boxing matches.

Over the years, its ornamental entrance was removed and much of its grandeur lost.

In 1972, it was demolished to make way for a high-rise apartment building for the seniors. 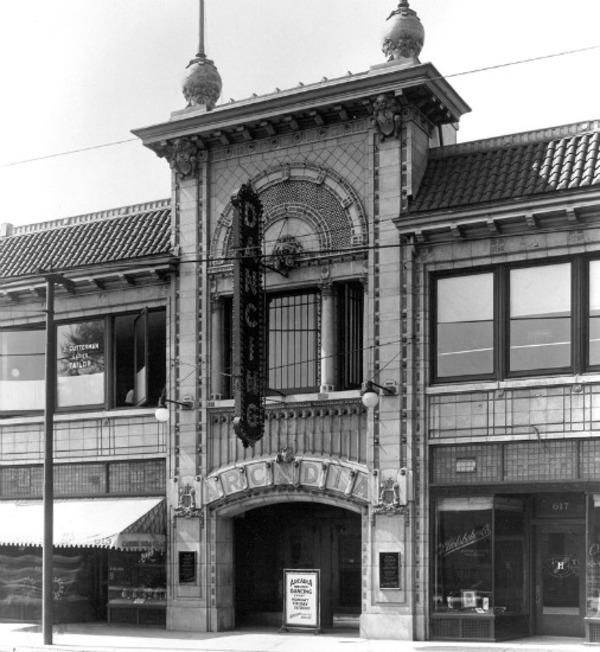