The D&C Navigation Co.'s steamers had stopped running in 1950 after being unable to keep maritime passenger travel alive in the era of the automobile. But some folks decided to give it another go, anyway.

They took a decommissioned World War II troop transport designed by the Marine Administration and named the Marine Star, which had been launched in 1945, and converted it into the Great Lakes ferry equivalent of a cruise ship. When she entered the circuit in 1955, the newly rechristened Aquarama offered entertainment, five bars, four restaurants, a movie theater, a child’s playroom and other amenities.

But in the end, there just wasn’t enough demand for water travel between Detroit and Cleveland.

The 520-foot Aquarama also had a reputation for being an uncontrollable beast, developing the nickname “Awkward Ram ‘em” after a series of unfortunate run-ins with docks and seawalls.

She was taken out of service in 1962 and sat rusting away in Muskegon, Mich., for more than 25 years until being towed away in 1988 for a rehab that never happened. The Aquarama was finally hauled across the Atlantic in 2007 and carved up in Turkey. 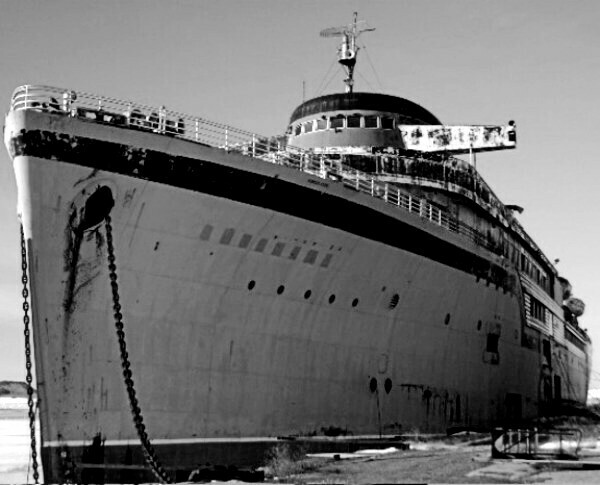